Pasatono has focused its interest and dedication to research, perform, composition and promotion of the musical Mixtec culture. After a long journey of many years of exploration throughout the states of Guerrero, Puebla, Oaxaca and the transnational community, Pasatono has been nourished by the guardians of the cloud people’s music “living treasures”: luthiers, bass players, banjo players, violinists, composers, among others who posses a great knowledge of their musical culture.

After a decade of this musical project, Pasatono reinvents itself and in 2008 becomes the Pasatono Orchestra, made up of an ensemble that portrays the old mixed bands with strings, wind instruments and percussion -almost extinct today in the Mixteca-. The sound of the orchestras of the mixteca towns like “Don Fernando Salazar’s Orchestra” from Tezoatlán de Segura y Luna, the “Beethoven Orchestra” from Coicoyán de las Flores, or Don Rafael Angulo’s and maestro Pimentel’s, from Tlaxiaco. These orchestras were enjoyed by the mixtecos in past times, wedding diners or those who strolled the afternoon serenatas in public plazas where the music was heard in the kiosks.

Pasatono ́s musical experience and research comes too from where where the violin, the bajo quinto, and the cantaro have been heard; from the Lincoln Center in New York, the Kennedy Center in Washington, D.C., the Getty Museum at Los Angeles, San Francisco, Chicago or recently Stanford to the Center for the Arts in Mexico City, The Henestrosa Library in Oaxaca, and even the fandangos in communities like El Jicaral, Coicoyán de las Flores or Yucuquimi de Ocampo, in Oaxaca.

Once more Pasatono resists leaving behind the sounds with which our grandfathers forged the towns and the merriment of the musics of the fandangos, the instruments that buried our dead, and the songs we grew up to. As present day mixtecos, we are sure our origin is our destiny. 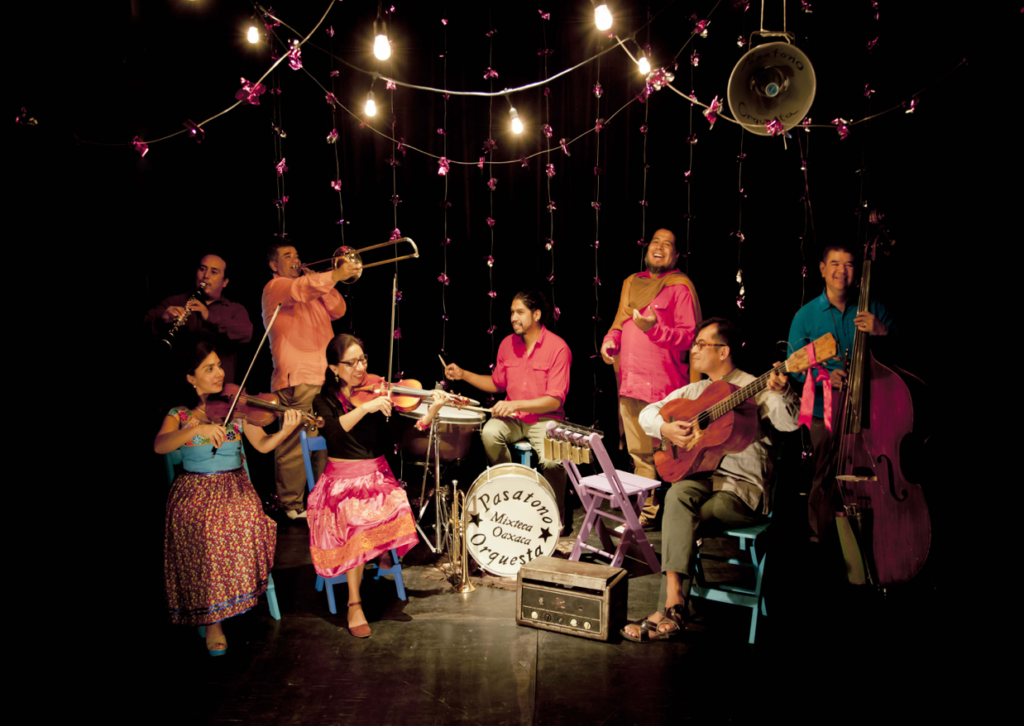